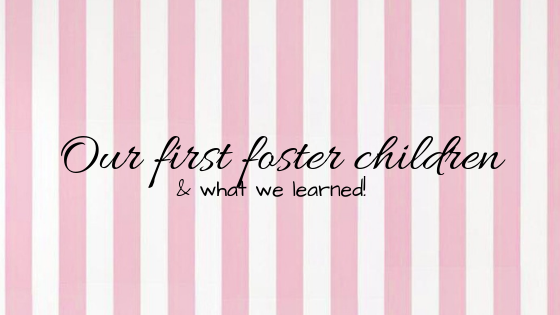 So as you all know in May we got aprroved to become Resourse Parents ( Foster Parents) Yay! We got a call one a friday night about two little grils, we were nervous to take on two but wanted to try anyway. So we told them yes we will take them! Finally super early saturday morning the girls arrived. We had only had a couple hours of sleep due to excitement and fear of missing the phone call. We took them in, comforted them then realized we needed stuff, so poor kevin already tired made a walmart run at like 3 am.

Got the girls situated and laid down to sleep, I bet you all know how that ended….not much sleep that morning for us.  The next day we were just trying to figure out the two girls and get in a groove. Everybody said to sleep in shifts but we were like nah, were ok. Well let me tell you after two days of running on not much sleep (feeling like zombies) and a nap for Kevin we finally decided that we needed to listen ( I know…I know… we should’ve listened sooner). We started to take shifts and finally get to know what each girl needed inorder to sleep through the night as much as possible.

Then we found out the hard way that babies under a certian age need to nap at least two times a day… lets just say….we never missed nap time again for the one little girl. lol . Kevin and I now have a new found respect for stay at home moms and dads.  We had the girls for a short period of timer ( 5 days) but it was enough to realize what we need to do and not do. Thanks to all of our support group for all the awesome words of encouragement! We really appreciated it! ( you know who you are).

We are now on our second foster child but only took one this time. Look for another post soon about the journey we are on with our second baby! We really love being able to give these children a loving and safe home!  Thanks agian for following our Journey!